Press Statement on the Status of Cooperatives in Uganda 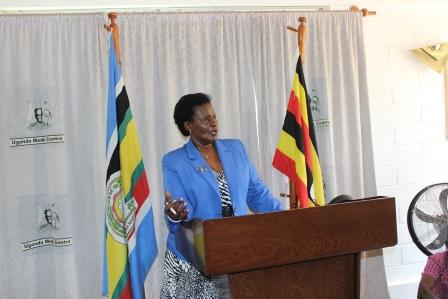 The Cooperative movement has been in Uganda for a century now and is very much alive, with many Ugandans in the different sectors especially farmers benefiting from cooperatives. Co-operatives play an important role in the socio-economic development through the creation of jobs, improvement of member income, enhancement of agricultural production and productivity, the promotion of value addition and social stability.

Co-operatives are based on universally accepted values and principles which, when adhered to, makes them significantly more open, democratic, transparent and inclusive than for-profit businesses. Because co-operatives are member-owned and democratically-controlled, the decisions taken tend to positively impact the members and the wider interests of the community. 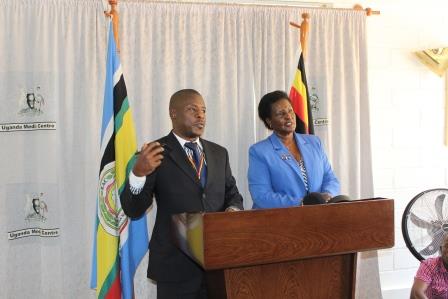 Government has put in place a conducive environment for growth and development of co-operatives.

To date there are 16,408 registered co-operatives and in 2015 alone a total of 1014 new co-operatives were registered majority of them were SACCOs and Agricultural marketing cooperative societies.

Shift from traditional Cash crops: The cooperative movement has continued to diversify the range of enterprises in response to government interventions. Before this government came to power, we had mainly agricultural marketing co-operatives dealing in the traditional exports of cotton, coffee, tobacco and tea. Today we have co-operatives that have ventured into almost all sectors – energy and safe water distribution, health services, housing, transport, horticulture, tourism, handcrafts, wine production, irrigation, livestock and diary. These co-operatives have attracted women, youths, People with Disability as well as the middle income class.

There are over 5000 SACCOs in the country many of which have received funding from government thru government agencies and partners such as UCA, UCSCU, UTCSCUs In the last decade government has encouraged formation of SACCOS. This has enabled increased outreach and access to financial services especially in rural areas.

The Project for Financial Inclusion in Rural Areas (PROFIRA) is based in the Ministry of Finance, Planning and Economic Development but intended to support 500 Savings and Credit Co-operatives (SACCOs) among other interventions. In the Project design the Ministry of Trade Industry and Co-operatives has a role to play in the project implementation especially in areas to do with SACCOs. An MOU is being worked on in this respect.

Government has initiated programmes that encourage value addition by co-operatives. There are number of cooperatives that are engaged in agro-processing and value addition activities at different levels of the value chain.

a) Through the One Village One Product (OVOP) programme, government through the Ministry of Trade, Industry and Cooperatives has provided equipment to over 40cooperative societies in 18 districts in addition to training their members in business proposal writing and value addition skills development.

b) Government through Uganda Development Corporation (UDC) has promoted the formation of Fruit Growers Co-operatives in the Teso region, in earnest, to utilize the fruit factory under construction. To date, 53 such co-operatives have been established.

d) Government established the Uganda Warehouse Receipt Systems Authority and has put in place a functional Board of Directors to supervise and regulate warehouses operating the under warehouse receipt system. This will result in to the improvement in the quality and quantity of commodities traded, reduce transaction costs and enhance producers and small scale traders’ income. Such interventions are also aimed at improving storage facilities to reduce post-harvest losses and encourage bulking.

UWRSA is working with the private sector including Cooperatives, the Grain Council of Uganda (TGCU) and Individual Storage Facilities owners to use these privately owned facilities to mitigate post-harvest losses and streamline agro-commodities trading.

A total of 35 Storage facilities (Silos & Warehouses) across the country with a total capacity of 162,400 MTs have been inspected and licensing is slated for February 2016.

e) In a bid to take advantage of Government’s liberalisation program, co-operatives are exporting to regional and international markets, particularly niche markets such as the Fair Trade Market. Under this arrangement, Gumutindo ACE, Ankole Coffee Producers, Masaka Cooperative Union, Banyankole Kweterana and Kibinge Farmers Cooperative Society have exported coffee earning the country foreign exchange. Other cooperative exports include; grains, beans and pulses to the regional markets, horticulture to the EU, handcrafts to the EU and the Americas

f) To ease access to finance by co-operatives, Government put in place special fund at the Micro Finance Support Centre, out of which they can borrow at favourable rates. Commercial and agricultural loans attract interest rate of 13% and 9% respectively. A number of co-operatives have benefited from this facility these include the following:

Special funding amounting to Shs. 9.12 B has been extended to Bugisu Cooperative Union Limited to keep the union afloat pending finalization of investigation into allegations of mismanagement by the Caretaker Managers.

Following the NRM caucus retreat at the National Leadership Institute, Kyankwanzi in 2012, Government committed itself to settle all these cooperative unions’ war debt claims. The Ministry of Trade, Industry and Co-operatives was directed to compile details of the union claims and submit a Cabinet Memo to government. A Cabinet Memo was compiled and submitted to the Ministry of Finance Planning and Economic Development for a Certificate of Financial Implications before it is submitted to Cabinet. The Ministry of Finance Planning and Economic Development, however, referred it to the Solicitor General to have the claims made by cooperative unions verified before a Certificate of Financial Implications can be issued.

The Solicitor General constituted a Verification Committee and the process of verifying the claims is already underway. Possibly the verification could be complete before the end of February, 2016.

The Ministry disassociates itself from comments made by some members of the public who claim they want to revive co-operatives. The Cooperative movement has over the last 30 years grown as you have noted from my presentation. The rate may not have been as fast as some people expect but this is because co-operatives are best when built from members own funds.

For God and my Country

Minister of Trade, Industry and Co-operatives