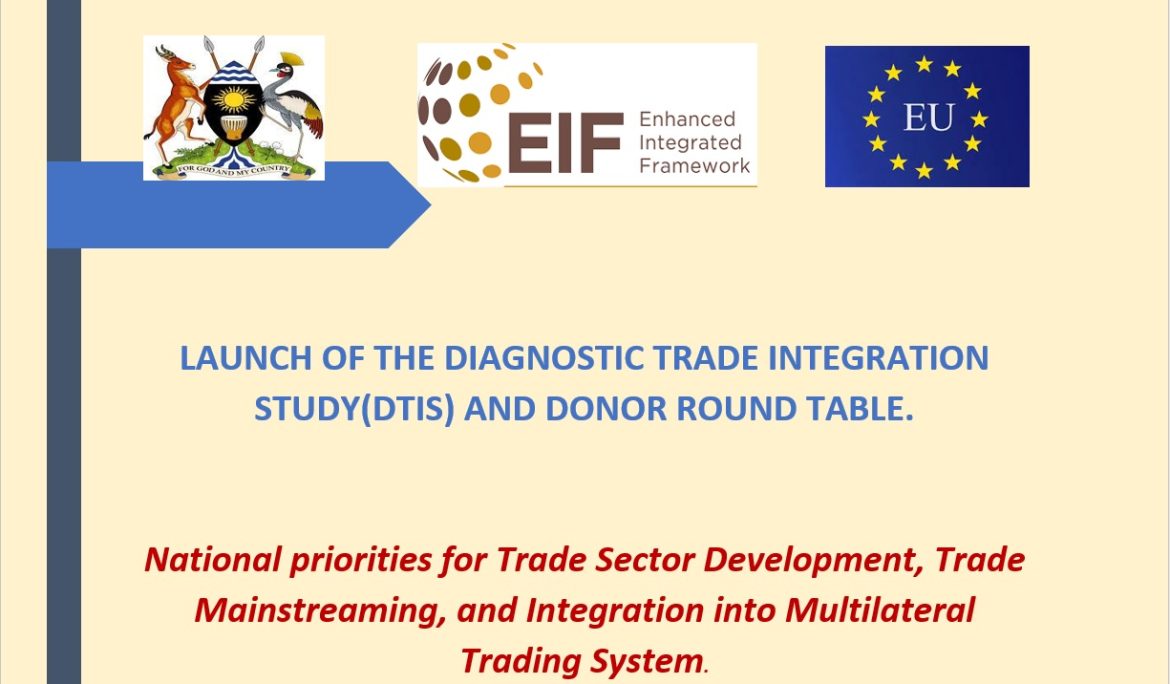 c) The DTIS was revised in 2012 and the recommendations led to the Competition and Consumer Protection Policy and Bill; the Buy Uganda Build Uganda Policy; the development of Border Export Zones; and the Cross-Border Trade Strategy. Similarly, implementation of the action matrix resulted in advancement of regional processes under the East African Community (EAC) and the Common Market for East and Southern Africa (COMESA) This led to among others; Uganda ratifying the COMESA FTA, implementation of the EAC Customs Union and Common Market protocol.

d) In March 2020, the MTIC received an approval of $ 194,000 USD from WTO Enhanced Integrated Framework (EIF) of the DTIS Update 2 study. The report is expected to provide a more accurate picture of the current needs and priorities in the trade-related sectors considering national and global changes since the last review in 2012.

KEY ISSUES FROM THE STUDY AND VALIDATION MEETINGS

b) Furthermore, some of the challenges identified in various sections of the report are systemic and it is not clear how MTIC is going to deal with these issues. For example, resource limitations, capacity constraints, infrastructure challenges and many more. In elaborating the action matrix, these issues would benefit from a different form of analysis and necessary actions.

c) The Ministry Leadership is working closely with the EIF Donor Facilitator (DF) to actualize implementation and coordination of the DTIS. In view of ongoing global challenges that impact on trade, the action matrix has taken onboard cross cutting issues especially emerging issues such as gender, SME, and environmental aspects of trade.

d) During our validation phase, the in-country Donor Community emphasized the need of assessing capacity gaps for all trade facilitating institutions with a view of having a clear picture of their needs and priorities. Also, highlighting systemic recommendations in the last DTI studies that were not addressed and recommend appropriately.

e)The study recommends 10 thematic areas, 14 binding constrains and 62 recommended actions. The key areas of funding will focus on the following:

1) Supporting Uganda in the Multilateral and regional Trading System

2) Leveraging on Trade opportunities in RECs and key trading partners

The detail on each thematic area is well elaborated in the attached action matrix. The MTIC is expected to coordinate annually, the implementation of the DTIS and spearhead and support project formulations. More importantly, MTIC and the Donor Facilitator (EU) will work closely on resource mobilization and ensure trade priorities are embedded in Government and Donors’ programming.