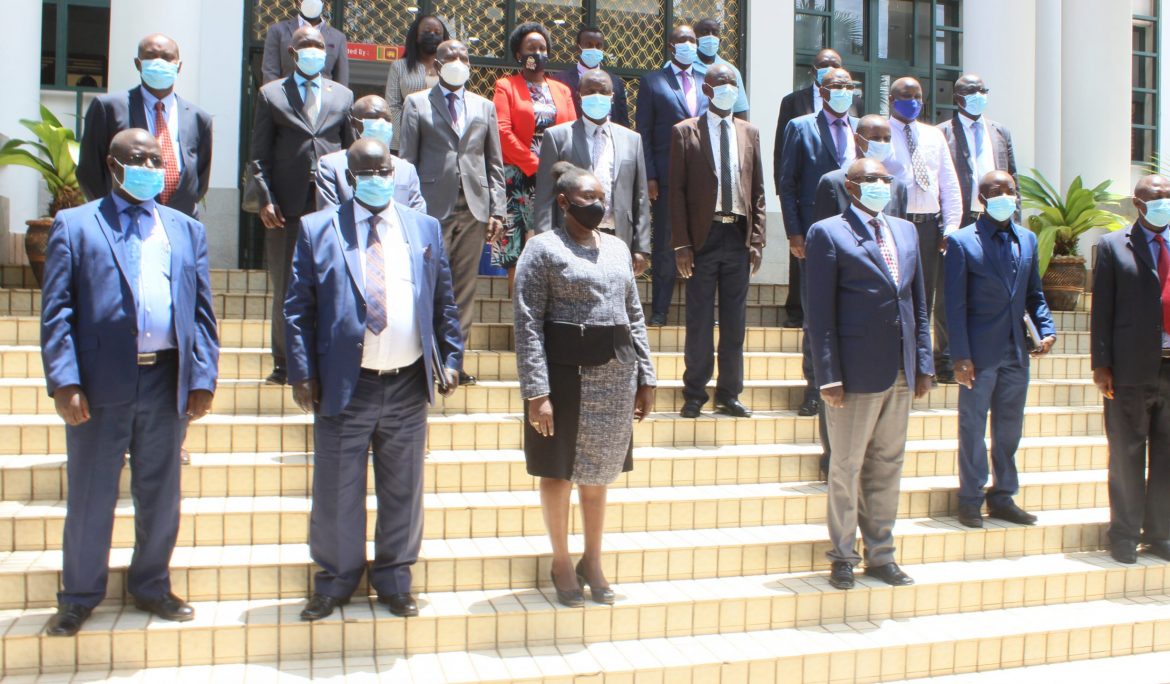 Talks between Uganda and Kenya on trade matters commenced on Monday 12 April 2021 with an opening ceremony held at Uganda’s Ministry of Foreign Affairs offices. The Kenyan Delegation is in Uganda for a Sugar Verification Mission scheduled from 11-17 April 2021 but will discuss other trade related matters.

Kenya’s Head of Delegation, Johnson Weru reiterated the benefits of the EAC integration. He noted that Kenya was so far trading well in the Africa Continental Free Trade Area (AfCFTA) and would expand beyond the trading bloc.

The verification Mission will entail a sugar verification mission as well as tackle other market access challenges in areas such as poultry, maize, dairy products (milk) and other Non-Tariff Barriers (NTBs).