Uganda Development Corporation gets new Board 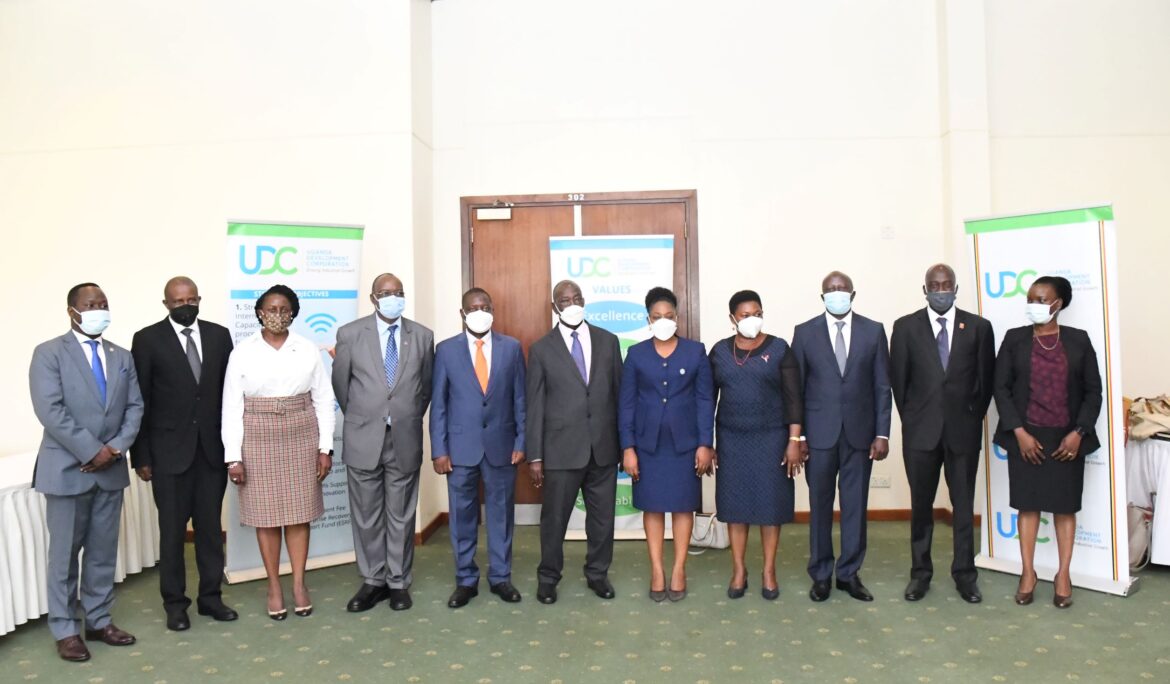 Uganda Development Corporation gets new Board

The Minister for Trade, Industry and Cooperatives Hon. Mwebesa Francis has charged the new Board of Directors of Uganda Development Corporation (UDC) to be patriotic and ensure adherence to the law and due process in all its undertakings. The Minister made the remarks at the inauguration of the Board on Tuesday at Kampala Serena Hotel. The Board was appointed by the Minister and approved by Cabinet in accordance with section 6 (3) of the UDC Act 2016.

In his counsel to the Board on what is expected of it, Hon. Mwebesa pointed out the primary objective of the Corporation which aims to promote and facilitate the industrial and economic development of Uganda. He said this is to be undertaken through Government investment in strategic sectors of the economy.

He also notified the Board of UDC’s ten-year strategic plan launched by H.E. the President in April 2019 which provides guidance on the investments and operations of the Corporation in the short, medium and long term. He said through its investments, UDC is expected to:

The Minister also guided the Board on relevant policies, plans and strategies to facilitate its function such as the Vision 2040, National Development Plan III, National Export Development Strategy 2017/18-2021/22, National Industrial Policy 2020, NRM Manifesto and Import Substitution Action Plan 2020/21-2024/25. He urged the Board to prioritise the most strategic projects given the limited resources and work with the Ministry to mobilise more resources.

State Minister for Industry, Hon. David Bahati advised the UDC Board to focus on import substitution and export promotion through enhanced industrialisation, hence, reduce the country’s import bill. He charged the Board to invest in industrialisation; the reason for which UDC was established.

He also urged the Board to work towards increasing household incomes through value addition. He further cautioned them against any form of corruption but rather be men and women of integrity in executing their assignment.

Constitution of the UDC Board

Cabinet approved the appointment of an 8-member team on the UDC Board on 22nd November, 2021 and the Minister subsequently appointed the team. However, the representative of the Ministry responsible for Finance has not been nominated yet.