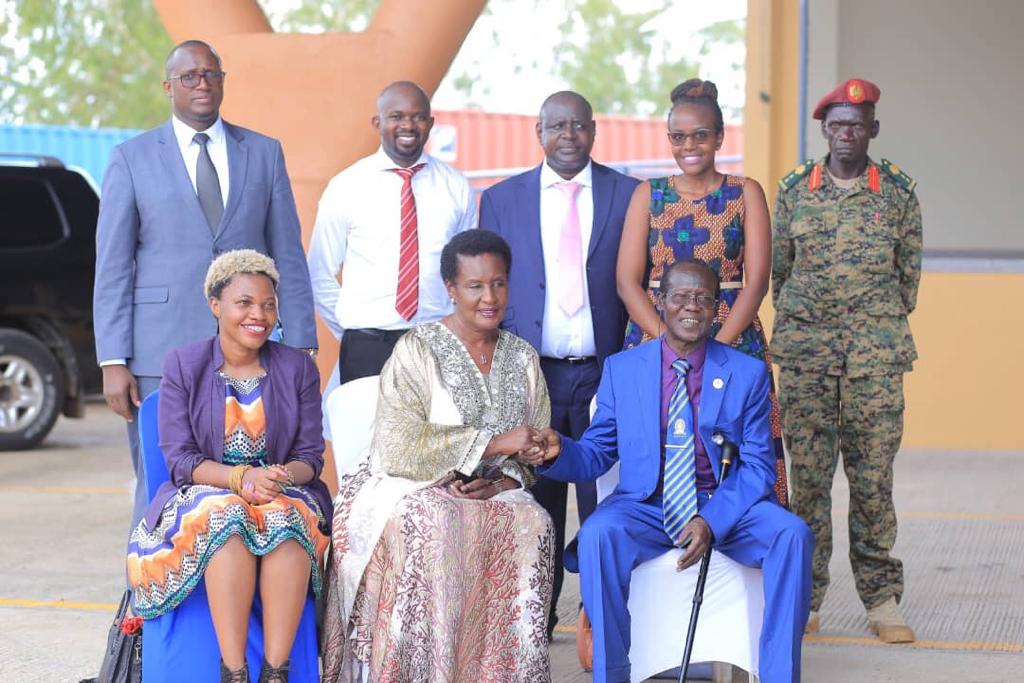 On 6th February H.E the Vice President of South Sudan James Wani Igga and Hon. Minister of Trade, Industry, and Cooperatives Amelia Kyambadde officially opened the Nimule Border in the Republic of South Sudan. With South Sudan being a key market for Uganda’s exports accounting for USD 239.2 million in 2016, 299.3 million in 2017 and 355.9 million is 2018 and the bulk of trade between the two countries is conducted through these borders; the two Governments have prioritized setting up One-Stop Border Posts (OSBP) here at Nimule in South Sudan side, and at Elegu on the Ugandan side.

Non-Tariff Barriers NTBs are a key hindrance to trade between our two countries. These NTBs manifest through delays in customs clearance at the borders, non-recognition of trade documents issued by our Government, non-harmonized immigration requirements, multiple roadblocks, arbitrary confiscation of goods, unjustified impounding of truck carrying cargo, etc; with these OSBP, it will quicken clearance of goods and quick services delivery, Improving access to markets Improving competitiveness, Improving the livelihoods of people more so the border communities Promoting peace and sustainable development hence promoting peace for trade and development.

The Hon Minister urged all Border Agencies from both Governments to embrace operations of this OSBP and work towards achieving a common goal of facilitating trade. “We should organize cross border traders to utilize this facility to transform from informal to formal and form joint associations,” she said.
This facility is one of the Units constructed by Trademark (EA), its sponsors are: the UK AID, Canada, Denmark, etc has not only constructed this Nimule OSBP and the one at Elegu but many more others for Uganda at Malaba and Busia with the Republic of Kenya; Mutukula with the United Republic of Tanzania and Mirama Hills/Kagitumba with the Republic of Rwanda. There must be strong commitment and cooperation among all border agencies from both Governments who equitably share the available OSBP resources amongst themselves.
The Government of Uganda through the Ministry of Trade has set up a mechanism for reporting and coordinating the process of elimination of NTBs with funding from Trademark East Africa using ICT by dialing *201# using a mobile phone. An oversight mechanism that integrates with the existing system could be considered for harmonization purposes.

How the ordinary Ugandan will benefit from OSBP;
1. Enhance Cross border trade within the region.
2. Ease border processes
3. Farmers are able to trade their produce easier and faster.
4. Reduction of delays in complying with immigration; customers and standards processes.
5. Reduction of corruption tendencies by border authorities. 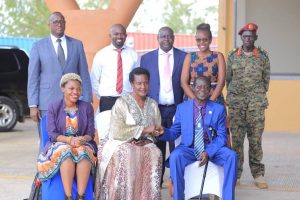 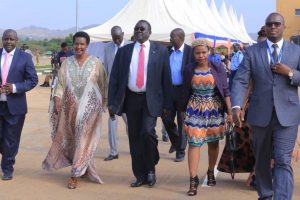 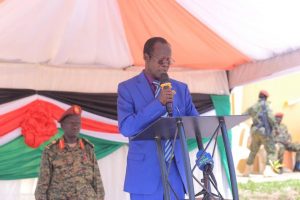 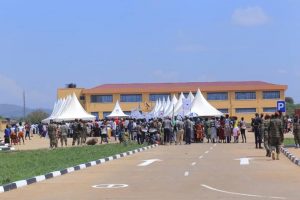 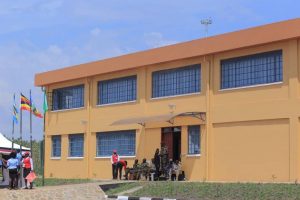 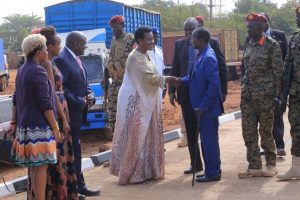